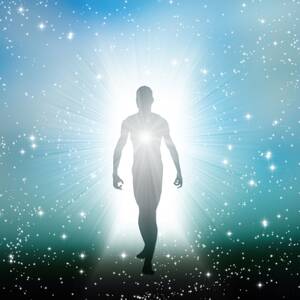 The question many ask is “Am I alone?” First, you are not alone, at least not on the human level. Ok, we’ve got that settled! On the other hand, we are all part of God, and it may well be the real question is God alone? This may be where that deep aloneness comes from when we feel it in our darkest moments.

On the human level we are all here together. All you have to do is reach out to others and they will be there for you. You’ll have to make yourself available to others or you won’t be able to have “right fellowship” if you don’t want to be alone on the human level. The answer to the question “am I alone” is no!

Go to the spiritual circles in your area, go to events and gatherings where you think you’ll find the kind of friends you would like to have. You cannot sit in your house and still accomplish having friends. If you don’t want to be alone, then you have to get out more! You also have to be willing to talk to people and risk putting your heart out there.

In one way we are all alone when it comes to birth and death, and then the answer to the “am I alone” question is yes. We are born alone, and when we die we do that alone too. No one can go with us exactly where we go when we die. We go there alone. Later, we find friends on the other side just like we have them here. Death is only a set change and you simply continue your adventures, albeit with a bigger identity. However, the passage of death is one we do alone. Same with birth.

The real question: “Is God alone?” If we are all Godself and it is one being having many lives, then we are alone. It is a great terror to face the deep aloneness that is within us all. I invite you to feel that terror and face it fully, let it devour you, and then see what is left. After all the emotional fallout and fear, after all the layers and thoughts that go through you, there is peace when you accept the great aloneness that is in God.

God does not fear being alone. God is in deep meditation having all a universe worth of adventures in its mind, imagining everything that is happening here, there and everywhere in the universe, imagining you and your life. So being alone isn’t so bad for God. There’s a lot to do!

Does God have some buddies? Is God alone or is there a huge emptiness full of Gods, imagining their own universes?

Well, we don’t know about that, and probably won’t while we’re here in the human form. However, it seems to me that God must have some buddies. Maybe the universes that God’s friends imagine are quite different from the universes that this God imagines, the God you are an expression of. 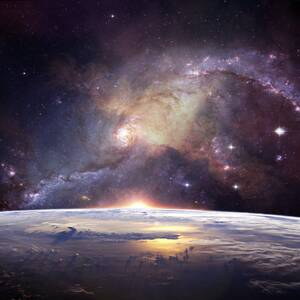 The Universe’s Expansion Is Gaining Speed!

Science has discovered something called Dark Energy (which is different than Dark Matter, a gravitational force that pulls things inward). Dark energy pushes things outward, OR perhaps things are being pulled outward toward other universes, gravitational forces that are actually outside of this universe.

When the big bang happened there was a push outward, and the galaxies and everything within them were formed. You would think that the speed of this expansion would have slowed down a little and everything would eventually implode again back into the mass that is was when it began. However, that is not the case at all!

What is happening is that the universe’s expansion is gaining speed! It’s getting faster!

It may even come to a point someday in our long distant future that we won’t even be able to see the other galaxies with our telescopes. All the galaxies are getting further apart from each other, with nothing but empty space in between them, and this expansion is gaining speed!
So why is this universe expanding faster and faster as time goes by, rather than slowing down? In normal physics, an explosion only goes so far, slows down and stops. However, this is not what’s happening with our universe.

Well, there’s some fodder for the ol’ brain, eh? In the meantime, just be willing to make yourself available to others on the human level. Don’t sit in your room all the time and wonder why you’re alone. Go out and mingle with the other humans and don’t be afraid of being hurt by them. Most people fear mingling because they don’t want to get hurt. However, no one really means to hurt each other. It’s almost always accidental.

You will be hurt by some and loved by others. Just accept this and be brave. Get yourself out there where the other people are. Make friends, and when you’re with them enjoy them. When you’re alone in your house be at ease. You’ll be hanging out with someone else the next day or so. Don’t be afraid of being alone. This can be quality time.

When You Are Alone

When you’re alone, be fully alone. Enjoy the aloneness. Don’t fear being alone. Try on the “am I alone” question and let it settle and go deep within. If you really want to be adventurous and challenge yourself, dive into God’s aloneness and find peace there. It’s exactly what you need if you want to get to know your true nature better.

When you don’t fear being alone anymore, you are no longer alone. You are filled with Godself. Aloneness is only a perception, anyway. God does not feel alone, even though God may well be the only one of its kind! 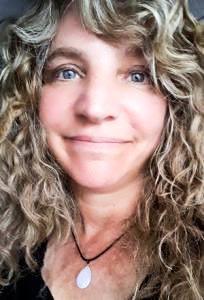 The University of Metaphysical Sciences

Wisdom of the Heart Church

Sign up for news & updates, and get a free Pranayama course!